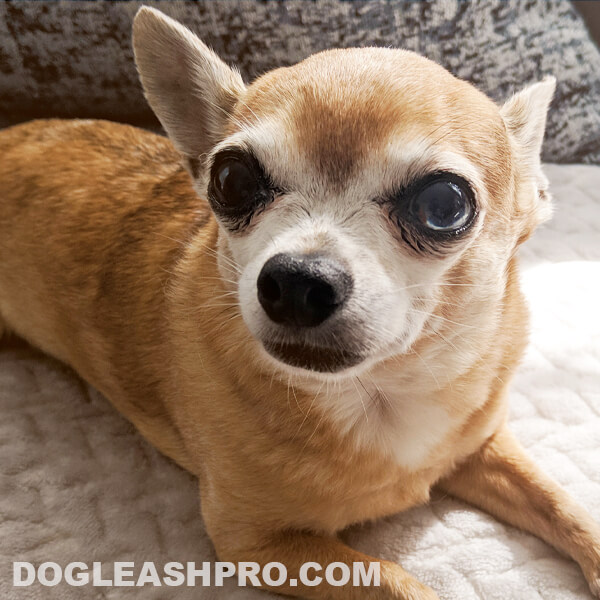 We will share everything you need to know about the Apple Head Chihuahua if you’re planning on getting one. You’ll be glad to know that Chihuahuas are small intelligent dogs that are delicate yet charming and one of the most loyal canine companions you will ever find.

What is an Applehead Chihuahua?

Apple Head Chihuahuas have a different build from Deer Head Chihuahuas, and their distinct attributes make them a favorite for breeders and pet enthusiasts alike. Some of their qualities have benefits, while some have drawbacks, which we’ll discuss right now.

The Apple Head Chihuahua is a mixture of rowdy, loud, loyal, and intelligent, with a peculiar appearance. Their qualities give Chihuahuas certain pros, which are:

The features that set Apple Head Chihuahuas apart from other dogs are also the reason why they have a hard time staying healthy. Some of their cons are:

How much do Apple Head Chihuahua cost?

Apple Head Chihuahuas cost around $800, but some pedigree Chihuahuas can cost over $1500. The price depends on the dog’s size, parentage, and Chihuahua color.

Apple Head Chihuahuas have a big, round skull that looks a lot like an apple. Unlike deer head Chihuahuas, they don’t have a slope on their nose bridge, and the forehead makes an L-shape with the muzzle.

Apple head Chihuahuas are among the smallest dogs in the world, and adults grow to a maximum height of 8 inches. Some variations, called teacup Chihuahuas, can be as tiny as just 4 inches!

In contrast to deer head Chihuahuas, Applehead Chihuahuas have large protruding eyes, short snouts, tiny legs, and small, triangular ears that may be floppy or perky.

How big do Applehead Chihuahuas get?

Both the male and female Apple Head Chihuahuas have a similar build, with equal average weight and height.

Apple Head Chihuahuas can have a long coat or a smooth (short) coat. Long coat Appleheads are more sought-after because of their elegant appearance, which also means they fetch a higher price.

Smooth or short-coated Applehead Chihuahuas don’t require much upkeep. However, they do shed more. Weekly brushing keeps them clean and shedding under control.

Long coat Chihuahuas need more frequent brushing to keep them neat and tidy. The longer fur tends to gather more dirt, but they don’t shed as much as short-coats. Brushing or combing them every other day will keep the fur clean, shiny, and tangle-free.

Both coat types should bathe at least once a month. If your Applehead Chihuahua likes using your furniture, you may need them to bathe more often.

Apple Head Chihuahuas are bold, headstrong, and energetic dogs who can be very feisty at times. However, they are also intelligent and loyal and form strong bonds with their owner.

Applehead Chihuahuas have a reputation for being noisy, jealous, alert, and impatient. They usually get annoyed pretty quickly, which makes training challenging. They are also not appropriate for houses with young or little kids.

Apple Head Chihuahuas don’t socialize very easily with others thanks to their big-dog mentality and envious nature. However, socializing at an early age produces promising results.

To avoid injuries, be careful when letting an Apple Head Chihuahua meet a bigger dog.

No, Apple Head Chihuahuas are best suited for people living alone. These Chihuahuas are possessive about their owners and bond with just one person in the family. They also don’t act very hospitable to strangers or even other family members. Chihuahuas generally do not like strangers and will bite strangers or bark at them as a way to defend themselves.

Applehead Chihuahuas are also not the best dog for young children. They get annoyed easily and may snap at kids trying to play with them. Their delicate bodies also require careful handling; something kids may not be aware of.

How to care for an Apple Head Chihuahua

Apple Head Chihuahuas need special care because of their delicate bodies and vulnerability to health issues. Regular medical and dental checkups every 6 months can keep you updated on your Chihuahua’s health and stay ahead of diseases.

Apple Head Chihuahuas have tiny bodies and are prone to getting overfed, which can lead to obesity. On the other hand, feeding them too little can cause hypoglycemia. The best practice is to feed them high-quality meals at least twice a day.

Baby Applehead Chihuahuas have a soft spot in their skulls called the molera. It helps their large heads collapse and squeeze through their mothers during birth. The molera doesn’t stay open forever, and by the time the puppy is 4 to 5 months old, their skulls usually harden.

Apple Head Chihuahuas don’t shed enough to cause any problems. They do need regular brushing and bathing though. A warm bath every 3 to 4 weeks does the job.

The brushing frequency depends on the dog’s coat. Apple Head Chihuahuas with long hair needs brushing every 2 to 3 days to stay clean and tangle-free. On the other hand, short coat Appleheads need brushing every week.

Short coat Chihuahuas shed more than those with longer coats. This is because the long hair has a better grip and doesn’t fall off too often.

Apple Head Chihuahuas pack lots of energy in their petite bodies. They need 20 to 30 minutes of daily exercise to avoid getting frustrated.

Despite their seemingly unruly demeanor, Apple Head Chihuahuas can be trained to follow various commands. While they do get testing at times, their willingness to please their owners eventually gets them to listen and obey.

The short snout, tiny body, soft spot in the head, and large round skull of the Apple Head Chihuahua put them at risk of certain diseases. Some can be treated with medications, others require surgery, and a few are untreatable.

It is common among Apple Head Chihuahuas to retain the soft spot in their heads to their adulthood. The opening can sometimes lead to hydrocephalus, which happens when there’s a fluid buildup in the head putting pressure on the brain. The condition is usually fatal.

The trachea, or windpipe, of a Chihuahua, may collapse and make breathing difficult. Given their short snouts and restrictive breathing passage, a tracheal collapse would make breathing very difficult for your little buddy. Treatment ranges from cough medications and steroids to surgery.

These conditions are common among Applehead Chihuahuas and can rack up quite a high medical bill. To keep your Chihuahua from becoming a financial burden, we recommend getting medical insurance for them right away. This liberates you financially and gets your pooch the care he or she needs.

Unfortunately, heart issues cause the most fatalities in Chihuahuas. These dogs are naturally more prone to certain cardiac conditions — such as mitral valve disease — which usually cost a lot to treat.

Tiny dogs are prone to getting hypoglycemic, which is when their bodies are unable to retain sufficient blood sugar. Feeding the Chihuahua multiple times a day ensures the dog has a steady glucose supply throughout the day.

The tiny jaws and teeth of Applehead Chihuahuas collect lots of plaque, and without regular dental care, they may end up with gum diseases and tooth decay. They also need to visit the dentist periodically.

Also known as “loose kneecaps”, this condition causes the Chihuahua’s kneecaps to dislocate randomly. Special therapies can help the Chihuahua cope with it, but in severe cases, they require surgery.

The peculiar face of an Apple Head Chihuahua comes with a congested nasal passage. This can lead to Brachycephalic Airway Syndrome or BAS. Other than this, many Chihuahuas also suffer from a collapsed trachea, which we will discuss next.

Congenital heart diseases are the leading cause of shorter lifespan among Apple Head Chihuahuas. However, these issues mostly affect senior Chihuahuas.

The brash attitude often get Chihuahuas into trouble with larger dogs who wouldn’t mind beating them up. Apple Head Chihuahuas are delicately built, and their soft skulls can’t handle blows, which is why trauma is another common cause of shorter lifespan for Applehead Chihuahuas.

How to train an Apple Head Chihuahua?

Apple Head Chihuahuas have AKC recognition, which is why most breeders sell them at a premium. Their cost can be around $800 to over $1500.

Some breeders selectively breed Apple Head Chihuahuas to make them tiny. They are called teacup Chihuahuas and can fetch a pretty high price. However, these selectively bred dogs come with a host of genetic disorders and a shorter life expectancy.

Apple Head Chihuahuas are rash and hostile and don’t shy away from confrontations. They come with a bunch of health disorders, but can still live a very long life. To make them ideal pet dogs, they need training, to which they respond quite well.

According to the American Kennel Club (AKC), Chihuahuas with a round skull and a 90-degree angle between the forehead and the muzzle are all purebred Chihuahuas. The AKC also requires Chihuahuas to be lighter than 6 pounds with a height between 5 to 8 inches. Since that is the Apple Head Chihuahua’s average size, they perfectly meet the AKC’s breed standards.

Is an Apple Head Chihuahua right for me?

Apple Head Chihuahuas are loyal, smart, and easy to handle. Their unique face sets them apart from most other dogs, and their adorable size allows you to carry them around very easily. If you can put up with the medical expenses or are willing to provide them health insurance, Apple Head Chihuahua can be a perfect long-term companion for you.

How much is a Apple Head Chihuahua worth?

What does Apple Head Chihuahua mean?

Apple head Chihuahua get their name from their round, dome-shaped head that resembles an apple. Because their head resembles that of an apple, they are called Apple Head Chihuahua.

Apple Head Chihuahuas are loyal and adorable toy dogs that live a long life. Unfortunately, their inherent susceptibility to some health conditions means high medical bills and the need for a health insurance plan.

What is the lifespan of a Apple Head Chihuahua?

Apple Head Chihuahuas live to about 15 to 18 years. Some live for even longer. 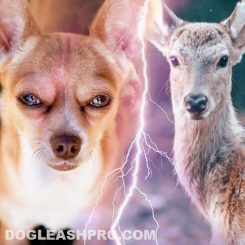 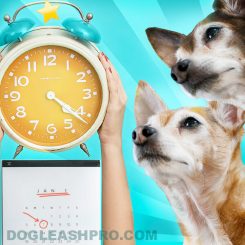 How Long Do Chihuahuas Live? 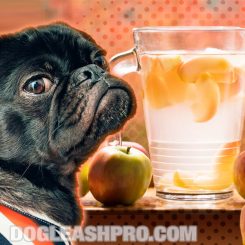