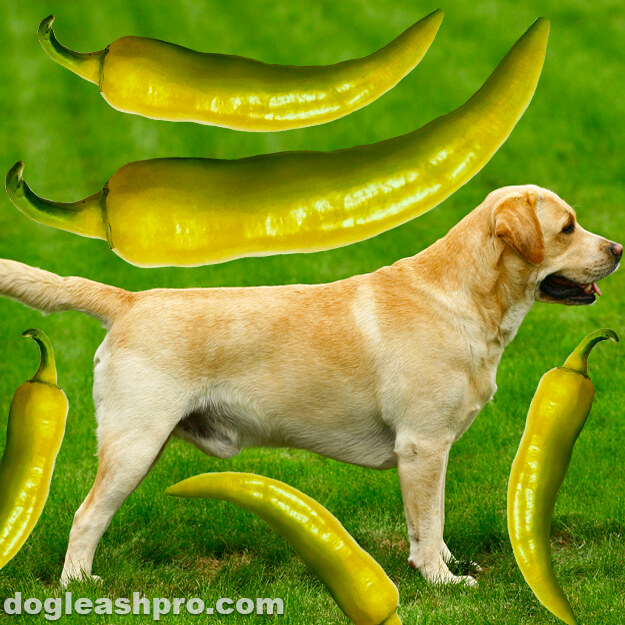 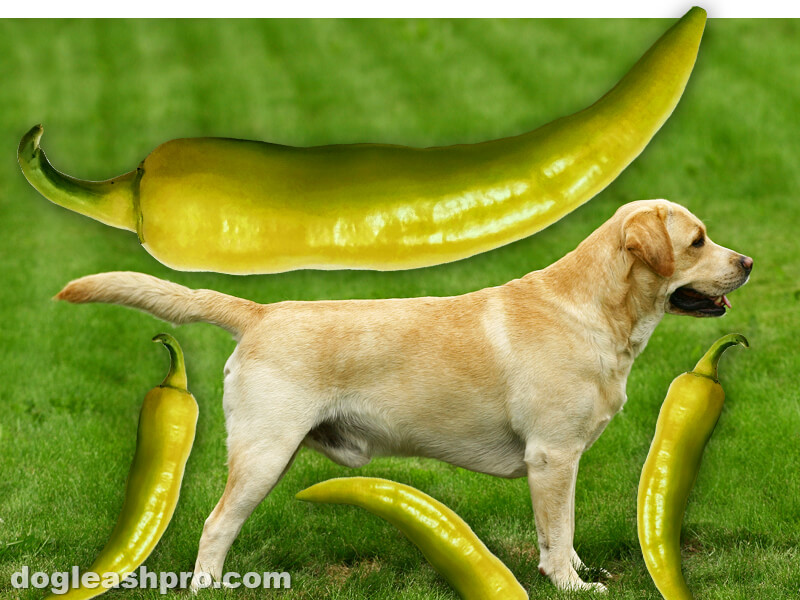 Can dogs have Banana peppers?

What are Banana peppers?

Banana peppers are mild chili peppers with a tangy and sweet taste. Their yellowish color and long, thin shape resemble a banana, hence the name. A hot variant of these chilies is called the Hungarian wax pepper and packs much more heat than their mild cousins.

Where do Banana peppers come from?

Like most other peppers, Banana peppers hail from South America. However, they can be cultivated anywhere with a warm and sunny climate. The hot variety comes from Hungary, hence the name.

Are Banana peppers bad for dogs?

Peppers are not natural dog food. Even bell peppers, which are considered safe for dogs, should only be fed in small quantities at a time. We cannot say that Banana peppers are good for dogs, and here are some reasons why.

1. Banana peppers cause a burning sensation in your dog’s tongue

Banana peppers are designed to inflict pain. The hot taste in chili peppers comes from a chemical called capsaicin. The higher the capsaicin, the hotter the chili.

This chemical is used as a defense mechanism to discourage animals (like your furry friends) from eating the Banana pepper. Peppers high in capsaicin can cause a severe burning sensation in the mouth, tongue, and throat if consumed.

So naturally, you wouldn’t want to inflict this feeling on your furry friend.

2. Hot Banana peppers can irritate your dog’s mouth and stomach

The only variant suitable for canines is the mild Banana pepper. But even that isn’t something your pooch can devour as much as they want. Mild as they may be, they still contain capsaicin, which can irritate your dog’s mouth and stomach.

3. Mild Banana peppers can still be hot for dogs

The human tongue has adapted to tolerate a certain degree of spiciness. Unfortunately, that may not be the case with our furry friend.

Some peppers that may taste plain or mild to us may be too spicy for our four-legged friends. This is why Banana peppers and all other chili peppers are unsuitable for canine consumption.

4. Each dog has a different tolerance to spices

It’s important to note that not all dogs are the same. Another reason Banana peppers can’t be considered a safe food for all dogs is that each dog has a different tolerance to spices.

Like humans, some dogs are comfortable eating spicy foods, while others can’t stand even the mildest of peppers. Also, dogs not used to eating peppers may react differently from dogs who eat spicy foods regularly.

5. The burning sensation may damage the dog’s throat, stomach, and intestines

When a dog consumes something with capsaicin, the burning sensation from the hot Banana pepper may not end in the mouth. Some peppers can damage the inner lining of the dog’s esophagus, stomach, and intestines.

Frequently consuming spicy foods is a known cause of stomach ulcers. While Banana peppers aren’t that hot, there is a chance they may harm the dog’s insides, leading to stomach pain, diarrhea, and pain when pooping.

Fun Fact: It’s always a good idea to go for healthier fruit options like Bitter melon, which at least provides your furry friends with nutritional benefits such as folate, iron, potassium, zinc, fiber, antioxidants, and both vitamin A and C.

When shouldn’t you feed Banana peppers to your dog?

Sensitivity to peppers varies from dog to dog. If your furry family members are sensitive to hot and spicy food, even one mild Banana pepper will be too much for them to handle.

Due to their mild taste, Banana peppers are often stuffed with meat or cheese. Cheese can be fattening for dogs. Also, cheese is a dairy product and canine tummies aren’t too fond of dairy.

Stuffed Banana peppers often contain garlic and onion as taste enhancers and added flavor. Unfortunately, these two ingredients are extremely harmful and toxic to dogs. That’s why you should avoid feeding dogs stuffed Banana peppers, especially stuffings that include onion and garlic.

Banana peppers are also popular as pickles. The pickled variety can be too high in salt and can cause sodium poisoning in dogs. So try not to feed pickled Banana peppers to your pooch.

Many salsa recipes also utilize this tangy and sweet chili pepper. Unfortunately, these recipes are incomplete without garlic and onion: two ingredients dogs should never eat. So while Banana peppers aren’t the issue, avoid feeding your dog Banana pepper salsa.

Do Banana peppers provide nutritional value for your dog?

Yes, Banana peppers can provide nutritional benefits to your furry friends. Banana peppers contain various minerals like calcium, potassium, and folate and essential vitamins like A, B6, C, and K. In addition, they’re low in fats and can be used as a treat for dogs trying to lose weight.

However, to get a healthy dose of these nutrients, the dog would need to consume about a cup of Banana peppers, which would be a bit much. All these nutrients can be found in much safer foods, which we will discuss below.

What if my dog accidentally eats Banana peppers?

If your canine friends eat a Banana pepper or two, this likely wouldn’t cause them any harm. While Banana peppers are mildly spicy, they don’t cause any allergic or toxic reactions in dogs.

If your canine companions feel the heat from eating hot Banana peppers, wash their paws and mouth with cold water to remove any chili residue. You can also use a wet rag for that. Give them plenty of water to soothe their tongue. Once they stop heaving, they’re good to go.

If you’re still worried, contact your veterinarian and ask if there’s anything else you can do or if you should bring your pups in for a checkup.

Symptoms to watch for in dogs

In most cases, your pooch won’t show any symptoms after eating a Banana pepper or two. However, if they’re sensitive to spices, have eaten lots of Banana peppers, or have consumed the hot Hungarian wax peppers, you may observe the following symptoms:

In many dishes where Banana peppers are used, garlic and onion may also accompany them. This can be a problem as both onion and garlic are poisonous for dogs. Dogs that have garlic or onion toxicity will experience the following symptoms:

Treatments if your dog has poisoning from Banana peppers

Banana peppers are not toxic to dogs. However, they can still cause your furry friend some discomfort.

If your pooch shows the symptoms mentioned above, you can guess that the Banana pepper was too hot for them. Clean his mouth and paws and give him water to drink.

However, drinking too much water can lead to bloating, which is an undesired condition. If plain water isn’t soothing your pooch, give them diluted milk. Milk will not only soothe your dog’s tongue but will also prevent the capsaicin from damaging the throat and intestines.

Eating Banana pepper doesn’t warrant a trip to your vet unless your canine family member has eaten another toxic ingredient with it.

For example, stuffed Banana peppers and Banana pepper salsa often contain garlic and onions. Both of these ingredients are toxic to dogs and would require immediate medical attention if ingested.

Instead of Banana peppers, there are many safe and dog-friendly snack and treat alternatives such as the following:

So, can dogs eat Banana peppers?

Banana peppers are ok for dogs as long as you go for the mild variety and not the hot one. Even then, it’s not advisable to let your furry friends eat too many Banana peppers. Although they’re not as hot as other chili peppers, they can still be too spicy for some dogs.

Some hot Banana peppers can even cause severe irritation to your pooch when he poops.

Yes, dogs can eat one mild Banana peppers safely. However, it’s best not to let them have too many. Canine stomachs aren’t designed to digest Banana peppers easily.

Can I give my dog Banana pepper?

Yes, you can give your dog Banana pepper, but in moderation. Banana peppers are non-toxic and carry some beneficial vitamins and minerals. Their mild variety can be given to dogs occasionally.

Yes, dogs can eat yellow peppers. Yellow pepper is another name for yellow-colored bell pepper. Bell peppers of all colors such as red, green, orange, and yellow are safe for canine consumption.

No, bell pepper will not harm dogs. Bell peppers are safe for dogs to eat even in large quantities. The worst they can do is give your dog digestive distress. 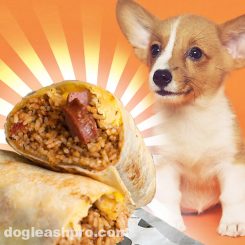 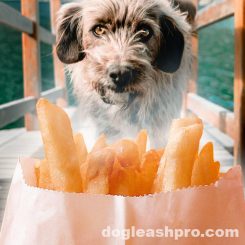 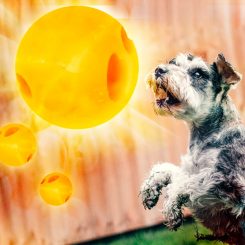