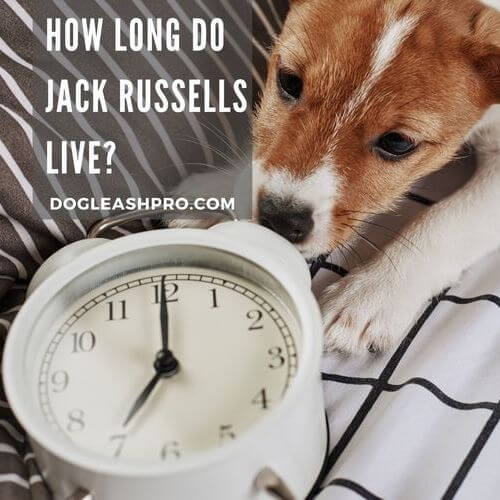 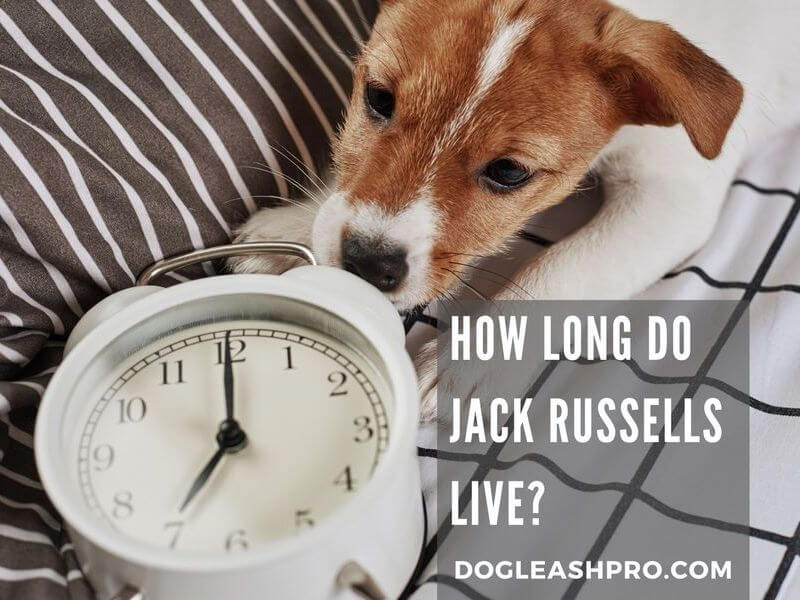 If you have a Jack Russell Terrier or a Jack Russell Mix, you already know how energetic, affectionate, friendly, playful, and feisty this dog can get. While they may be small dogs, never underestimate their protective nature and watchdog ability. It’s no wonder why we want our Jack Russells to live with us for many years to come. But, how long do Jack Russell Terriers live? Here’s the quick answer first.

How long do Jack Russells live? Jack Russell Lifespan is on average 13 to 16 years. Keep in mind that many dogs only have an average lifespan of 10 to 13 years.

How long do Jack Russells live?

It’s also safe to say that in general, smaller dog breeds tend to live longer than large dog breeds. At the time of writing, dog experts and scientists are still scratching their heads to figure out why this is.

After tons of research, one of the best explanations as to why smaller dogs tend to live longer than big dogs came from an evolutionary biologist from the University of Melbourne’s School of Biosciences named Professor Mark Elgar.

“A larger dog, because of its size, may put more strain on its physiological processes, meaning they tend to wear out more quickly.”

To fully understand the Jack Russell Terrier lifespan, let’s take a closer look at this friendly yet protective little dog and find out what factors affect their life expectancy.

What is a Jack Russell Terrier?

The Jack Russell Terriers were first bred in England in the early 1800s by Reverend John Russell, who was a passionate fox hunter. He needed a hunting dog to hunt foxes both below and above ground. This means the dog needed to be small enough to fit inside underground bolt-holes to flush out the foxes.

The rest is history as Reverend John Russell produced one of the best strains of working terriers known as the Jack Russell Terrier. The Jack Russell is not only an energetic and playful dog, but he is also fierce and loyal.

Over time, fox hunting became less and less popular and this sport has almost disappeared. Due to this, the Jack Russell Terrier is now more of a companion dog than a true working dog although their hunting instinct still remains.

If you have a Jack Russell, you may already know that they love to work and have a strong prey drive. This is because that is what they were bred for so their work ethic and prey drive are still in their DNA.

Since Jack Russells love companionship, the combination of being a companion dog and a working dog to protect their family members and territory comes to them quite naturally.

Gradually, this true working terrier became so popular and favorable as companion dogs that they are now owned by people all over the world. Many owners of the Jack Russell will notice that their canine companions naturally love to chase rats and scare them away.

As we can see, Jack Russells are best characterized as energetic, hard-working, alert, fierce, lively, and bold. In addition, they are also protective, highly affectionate, and extremely loyal to their human owners.

Training your Jack Russell Terrier is quite easy since they love to learn new things and are always eager to please their owners. They also thrive in active environments. Be sure to use positive reinforcement and reward-based training.

Physical punishment, yelling, or even harsh words are not effective and may only lead to anxiety, stress, and confusion in dogs.

Let’s first start with common health issues that Jack Russells are susceptible to.

What health problems do Jack Russells have?

Unfortunately, Jack Russells like other dog breeds will suffer from health problems at some point in their lives.

As responsible dog owners, it’s important that we know (or are aware of) what health issues our Jack Russells are prone to. Knowledge and awareness are both crucial to helping our furry companions live longer.

Below, we’ve listed some health issues that may affect Jack Russells. If you’re curious to know what health problems your precious pooch is prone to, we highly recommend that you consult with your dog’s breeder or veterinarian.

Your dog’s breeder should know what health problems your four-legged friends are susceptible to based on the health of their parents.

If both of these options are not possible, another great alternative is to use a doggy DNA test. I’ve personally used the Embark dog DNA test on my two furbabies. I chose this particular one because it provides both health detection and breed identification (especially helpful if you have a mixed dog breed).

The results came back relatively quickly. Within two weeks, I was able to find out what health problems my two K9 companions are more susceptible to. This helped me to better take care of them. 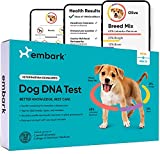 One of the most accurate and scientifically advanced dog DNA tests on the market today, Embark breed ID and health detection provides hundreds of actionable health insights for dog owners on how to best care for their K9 friends. Partnered with Cornell University College of Veterinary Medicine, the Embark tests over 230,000 genetic markers.

The list of health issues below seems overwhelming long considering the long life expectancy of Jack Russells. Let’s see what they are.

Hip dysplasia in Jack Russells is when they have a hip deformity or when the hip joint isn’t growing at equal rates during their puppyhood years. Usually, the thigh bone (or ball) grows at the same rate as the socket in the pelvis so that the ball fits perfectly into the socket joint.

When the growth of the thigh bone isn’t at the same rate as the socket, there is a looseness of the joint, and hip dysplasia can occur. You’ll often hear of this health problem as hip osteoarthritis, canine hip dysplasia, or CHD for short.

Fortunately, there are a few ways you can help your Jack Russells with hip dysplasia, including non-steroidal anti-inflammatory drugs, surgery, and physical therapy. There are also home treatments available.

Jack Russells are also susceptible to liver failure and liver problems. One such liver problem that affects Jack Russell Terriers is portosystemic shunt or PSS for short. This is when the liver stops growing or functioning properly because there is not enough blood supply flowing into the liver.

There are certain eye diseases that Jack Russells are prone to, specifically lens luxation, cataracts, and progressive retinal atrophy. If these eye diseases are not detected early or not treated early, they can lead to permanent vision loss and blindness.

Unfortunately, Jack Russells are most susceptible to various eye diseases.

You may also like: How To Soften Dog Eye Boogers? 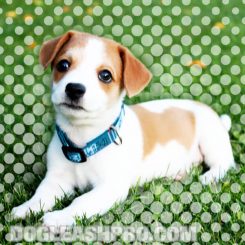 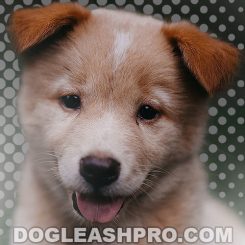 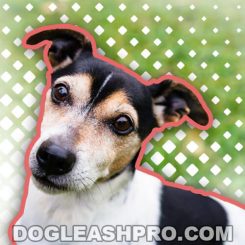