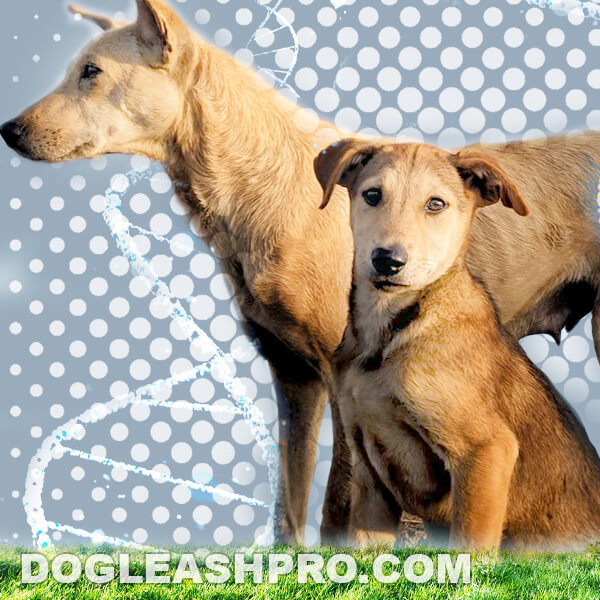 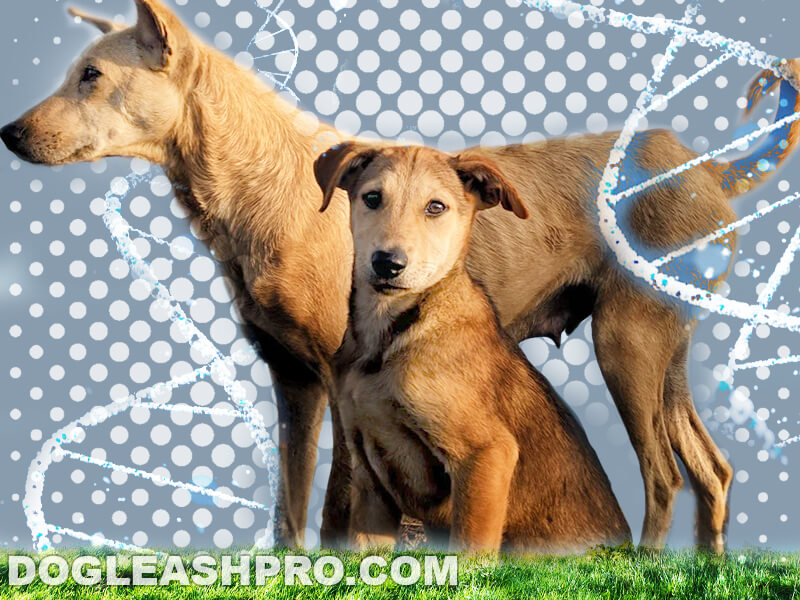 I bought my dog from a good friend who is a local breeder. When my dog turned two last year, I wanted to give her a fun birthday party. My dog’s siblings and parents were invited to this party and I wondered whether my dog would remember her parents. This is actually a common question that many owners want to know.

Do dogs recognize their parents?

We understand this all sounds pretty weird but let’s take a look at the research done in Northern Ireland to gain some clarity.

According to an experiment performed by Dr. Peter G. Hepper, Emeritus Professor of the School of Psychology in The Queen’s University Belfast of Northern Ireland, the study shows that dogs do remember their parents in certain circumstances.

Here is what Dr. Peter G. Hepper did and his findings.

In 1994, Dr. Peter G. Hepper published a research paper where he included three purebred dogs. They are:

This means there are 10 mothers involved and a total of 57 puppies (siblings). At the time of this study, the puppies were about 4 to 5.5 weeks old.

Before starting the experiment, Dr. Hepper had all the puppies separated from their mothers for about half an hour. After the 30 minutes were up, he gathered the puppy into the center of the room. He had the puppy’s mother stay inside a crate-like cage on one end of that room.

He then allowed the puppies to roam around and sniff the different mother dogs inside the cages to see if they would recognize and remember their own mothers.

Out of 57 puppies, 48 puppies actually recognized and remember their mothers.

This leaves us with 9 puppies that didn’t pass the test. The research paper didn’t clarify whether these 9 puppies did not remember or recognize their mothers or simply wanted to avoid their mothers.

It’s safe to say that olfactory cues were crucial here that allowed most of the puppies to recognize and remember their mothers.

He also study their puppies and there were 34 puppies.

Dr. Hepper wanted to know if the puppies would recognize the odors of their mothers.

A day or two later, the experiment begins to test whether puppies would recognize their mothers’ odor and scent.

Out of the 34 puppies in this experiment, 28 puppies spent more than a few minutes sniffing the towel with their mother’s odor.

As we can see here, it’s safe to say that month-old puppies do recognize and remember their mothers based on smell and sight even after being separated from their mothers for about half an hour.

Do dogs recognize their parents after years?

Do dogs remember their mom?

You’ve had your precious pooch for about 2 years now. You’re probably planning a 2-year birthday party for your dog and would like to invite his mother and parents. So you’re probably wondering if your canine friend will recognize his mother after being separated for 2 years.

Additionally, he tested their puppies so there were 49 puppies in total. These 49 puppies were separated from their mothers when they were 8 to 12 weeks old.

At 2 years of age, they were tested again to see if they remember their mother.

So what did he find out? Do puppies remember their mother even after 2 years of age?

Do puppies remember their parents after 2 years?

It’s very impressive that dogs were able to remember their mother’s odor and scent from puppyhood to adulthood.

To ensure this study was true, another study was performed to confirm Dr. Hepper’s experiment and findings. This time, Gillis C. et.al conducted a similar study with different dog breeds. He included 8 dogs:

These 8 dogs were separated from their mothers for 7 months to 5 years. Of the 8 dogs, 7 of them spent more time sniffing the towels with their mother’s scent and odor.

What about the mom dogs? Do they remember their puppies? Let’s discuss this next.

Do mom dogs remember their puppies?

Dr. Hepper had the puppies lay on the towels and did the same experiment with the mother dogs. The mother dog spends more time sniffing her litter’s odor than that of other puppies of the same age and breed.

Two years after their offsprings were separated from them, the mother dogs were still able to recognize and remember their puppies. This is even after the mother dogs have continued to breed and give birth to other puppies during that 2 years period.

After the mother dog gives birth to her litter, the bond between the mother and her puppies is very strong. It’s not just the nursing aspect that helped to form this strong tight bond. There’s definitely much more than that.

As you can see, mother dogs do much more than just nurse their puppies. In fact, in a research paper called “Maternal behavior in domestic dogs,” Lezama-García et.al. wrote that mother dogs nurse, lick, groom, play, and even punish their puppies. Mommy dogs also keep their puppies warm and provide the necessary contact.

When puppies are first born, they are blind, deaf, and have limited ability to move around. This means they don’t know where anything is, they can’t hear what’s going on around them, and may move around to areas that are unsafe. Thus, the mother dog’s guidance is crucial during this time.

After giving birth, the mother dog will stay with her pups and may even refuse to leave her puppies’ side. She will lick them very frequently to clean her puppies and lick her puppies’ back if she notices them moving away from her.

From when the puppies are born to when they reach four weeks of age, the mommy dog will not only lick her puppies to keep them clean and groomed but also lick her puppies’ anogenital area. This is crucial because it helps to stimulate urination and defecation in puppies.

Sometimes, you may see the mommy dog laying down next to her puppies in order to keep her puppies warm. Keep in mind that puppies are not able to keep themselves warm so their mother’s heat and warmth will help them keep a steady warm temperature.

What’s also important to note is that a mother dog also contains glands under her breasts that produce a substance called Dog Appeasing Pheromones or DAP. While the mother dog is nursing her puppies, the DAP gets released and comforts her puppies. Additionally, DAP keeps the puppies calm and feeling safe.

So even after the puppies head off to their new home, they are still able to recognize and remember their mother within a 2 year period.

Do dogs remember their siblings?

Do dogs remember their father?

Fifteen dogs were included in this study. There were Golden retrievers, Labrador retrievers, and even mixed breeds in this experiment. They were all tested to see if they can recognize their father’s odor and scent even though they haven’t had contact with their father for more than a year.

Since this study was pretty small (only fifteen dogs were included), Dr. Vonk and Dr. Hamilton suggested that a bigger study should be performed to confirm this finding.

Do dogs remember their owners?

Yes, dogs do remember their owners. Humans, whether it’s the puppies’ first owners, can be referred to as owners, caretakers, or even surrogate parents.

So, do dogs remember their parents? 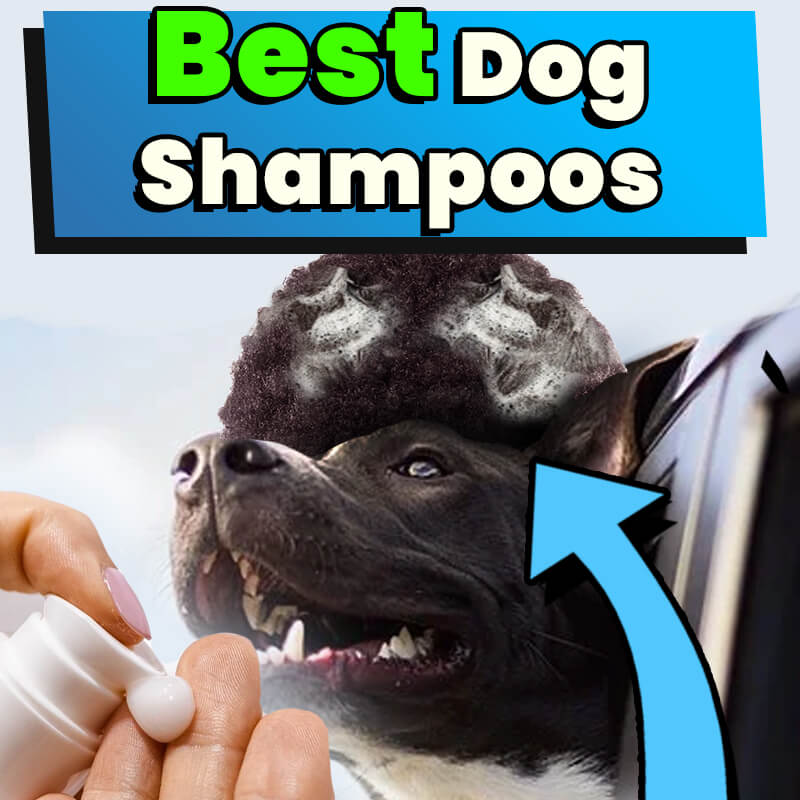 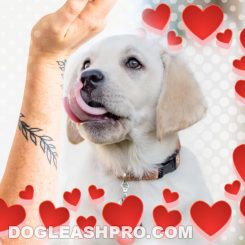 Why Does My Dog Lick My Arm So Much? 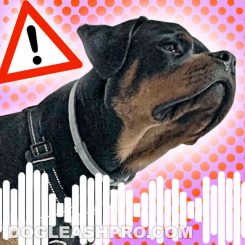 Why Does My Rottweiler Growl At Me?