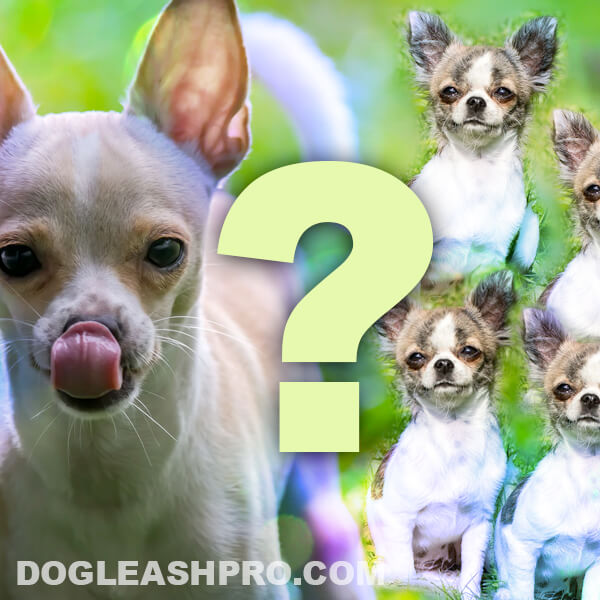 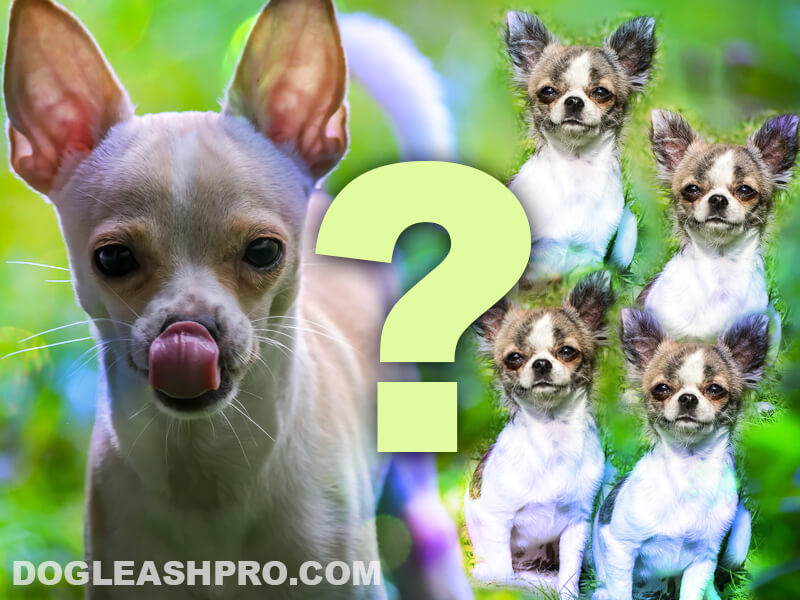 How many puppies can a Chihuahua have? A female Chihuahua will usually have about 3 puppies on average in each of her litter. While 1 to 3 puppies are the average range in any given litter, older Chihuahua dogs can have up to 5 to 6 puppies in a litter. Unfortunately, since Chihuahuas are small, their litter will most likely be delivered by cesarean section.

When we first met our baby Chihuahua, Lily, for the first time, she was so tiny. We became very curious about our Chihuahua’s growth stages. Lily was one of three in the litter. We had waited months for our Chihuahua puppy and wondered if it has to do with the number of puppies a Chihuahua can have in a litter and the popular demand for this dog breed. Let’s find out!

Many people love having Chihuahuas because they are small, easy to live with, are affordable, smart with big personalities, beyond loyal to the owners, remain small, and of course, let’s not forget great guard dogs. Chihuahuas are very protective of their owners and are not afraid to bite strangers if they have to. They’re also great for seniors and people who live in apartments.

This popular demand for Chihuahuas and the small litter size are the reasons why the price of Chihuahua puppies is so high. It’s not surprising to hear that some people may have to wait months, if not years, to get a Chihuahua.

How many puppies do Chihuahuas have the first time or in their first litter?

Chihuahuas can have about 1 to 3 puppies on average the first time around or in their first litter. When Chihuahuas get older, they may have larger litters of up to 5 to 6 puppies. So the general rule is:

It’s quite uncommon to see a Chihuahua have more than 3 puppies her first time around. The number of puppies in the litter is like a bell-shaped curve. The female Chihuahua will have a small litter during the first few pregnancies. Then on their third or even fourth pregnancy, they may have a large litter of more than 3 puppies. By the fifth or sixth pregnancy, her litter size may decrease again.

Handy Tip: For the health and safety of your female Chihuahua dog, try not to breed her more than 3 or 4 times. Doing so can affect her physical and mental health.

Since Chihuahuas are small dog breeds, giving birth naturally can be very difficult for not just the mother Chihuahua but for her puppies as well. For this reason, many female Chihuahuas will deliver their puppies by ways of cesarean section delivery.

If you have a pregnant Chihuahua, it’s a good idea to know how long a Chihuahua is pregnant for and plan ahead. Ask your vet for advice on whether you should bring your Chihuahua to the vet clinic during her labor.

Most veterinarians may recommend that you do bring your Chihuahua into the clinic for a C-section because female Chihuahuas usually have narrow hips while their puppies’ heads are expected to be large.

If you’re wondering what the average cost of a Chihuahua C-Section is, here it is:

How many litters can a Chihuahua have?

Many Chihuahua breeders know that their female Chihuahua should only have a maximum of up to 4 litters of puppies and no more than that in order to ensure that their Chihuahua is safe and healthy.

Note that every time your female Chihuahua is pregnant, her body takes a toll since the growing puppies inside her puts pressure on her body and skin and can cause harm to her health.

Let’s now compare the litter size of Chihuahuas to other dog breeds.

While a female Chihuahua will typically have about 1 to 3 puppies in a litter, it doesn’t mean that outlier doesn’t exist. For example, consider this rare case on National Puppy Day in 2018 when a one-and-a-half-year-old female Chihuahua gave birth to 11 puppies! Here is a quick video:

Chihuahuas are part of the brachycephalic breeds because they have shortened heads with short noses and small bodies. Some Chihuahuas may even have squashed or flat faces. Here are other dog breeds that are brachycephalic:

Because Chihuahuas are a small dog breed, they have small bodies with narrow hips, which is why they don’t have that many puppies when compared to other popular dog breeds. Their bodies naturally will have fewer puppies during pregnancy. Additionally during their pregnancy, they may be in pain and it’s not surprising for breeders or owners to see their Chihuahua cry or become lethargic.

If this is the case, make sure your vet is aware of this so that a planned C-section is scheduled in advance.

Number of times a year a Chihuahua can have puppies

Due to the size of the Chihuahuas, it is best that they have just 1 litter of puppies every 12 months.

By giving your female Chihuahua at least a year before partnering again, it will give her body the necessary amount of time to recover fully before she gets pregnant again and expects another litter of puppies.

If you’re planning on getting a Chihuahua puppy, you’ll want to make sure that the puppy is healthy. You’ll want to ask the dog breeder the following questions:

We highly advise that you go with a breeder that is ethical and who cares about the Chihuahua’s health and safety, not just for the money. We recommend that you do not buy your Chihuahua puppy from a mother Chihuahua that already had more than 4 litters of puppies.

How long is a Chihuahua pregnant for?

Since most female Chihuahuas are expected to give birth by way of cesarean section, it’s important that dog breeders or owners of unexpected Chihuahua pregnancies are aware of the due date so that they can book the C-Section ahead of time.

You can expect the length of the pregnancy to be about 63 days on average or up to 9 weeks. Be sure to click on the link to the Chihuahua Pregnancy article in the previous paragraph. The article details specific signs and symptoms to look for if you are not sure whether your Chihuahua is pregnant.

How many puppies can a Teacup Chihuahua have?

A Teacup Chihuahua can have 1 to 3 puppies in any given litter.

As we can see, Teacup Chihuahuas are smaller than standard Chihuahuas. There was a study done by AKC where they took 15 various dog breeds, including the Chihuahuas, and what they found out was interesting.

They found that the smaller the dog, the fewer puppies in her litter.

Therefore, a Teacup Chihuahua will have 1 to 3 puppies in her litter at any time.

We mentioned above that the number of puppies in the litter is like a bell-shaped curve for a standard Chihuahua, which means that her first two to three pregnancies will produce a small litter of about 1 to 3 puppies. Then, in her third or fourth pregnancy, she could have a litter of more than 3 puppies. But by the time she has her fifth or sixth pregnancy, her litter size can go back down to 1 to 3 puppies again.

If you’re wondering how many puppies your female Chihuahua can have, it is typically 1 to 3 puppies on average. If this is her first time or her first litter, you can expect 1 to 3 puppies. However, older Chihuahuas can have a larger litter with about 5 to 6 puppies in their litter.

Since Chihuahuas are smaller dog breeds, they will need extra care and attention from their breeders or dog owners. 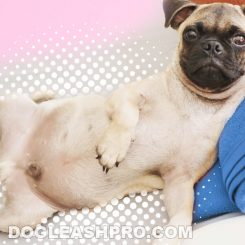 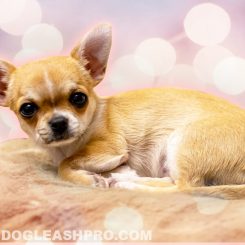 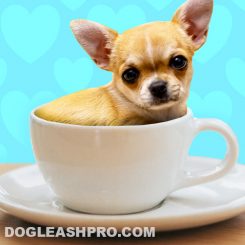