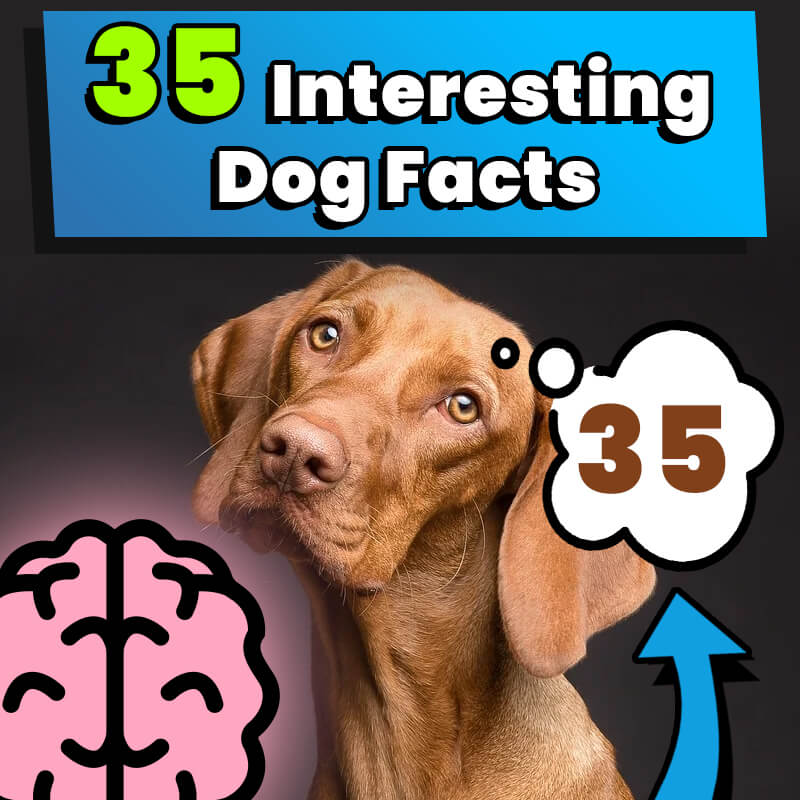 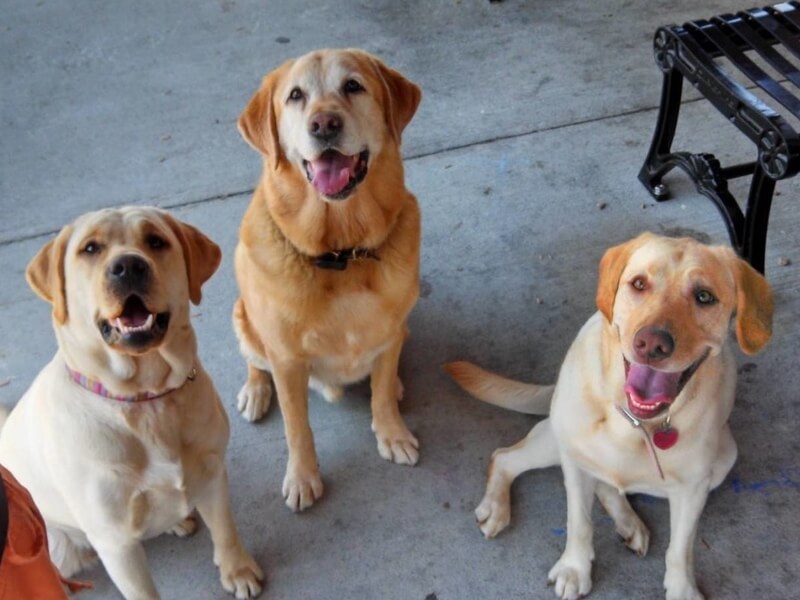 Many proud pet owners are always in constant search of interesting dog facts. These fun facts keep us entertained and stay connected to our pup. Dogs are part of our family so it’s natural that we are curious and want to know everything about them.

After reading through the fun facts, you’ll learn why some dogs repeatedly escape our premises and what you can do to ensure their safety, including installing a wireless dog fence. This article may even prompt you to think about whether you should neuter or not to neuter your pups.

Some of the facts below are surprising so get ready to have your mind blown! Each new fact will leave you wanting to know more!

Dog breeds like German Shepherds, Labrador Retrievers, Border Collies, English Springer Spaniels, and Jack Russels are more likely to run away. They’ll have you convinced that they are four-legged Houdini with a quick ability to escape from your backyard.

To prevent potential escapes, many owners install a wireless dog fence to ensure their pooch is safe and confined to their yard. You’ll also want to find out why they are escaping. Maybe they are feeling bored and lonely.

2. Dogs that have been spayed or neutered live longer than dogs that are intact.

According to a study done by the New York Times, 83 percent of owned dogs in the United States are currently neutered or spayed. Many owners choose to neuter their four-legged friends because doing so provides many health benefits to their pups and reduces any unwanted dog pregnancies.

3. In the United States, there are 75.8 million pet dogs, which is more than in any other country.

4. More than half of all United States presidents owned dogs while in the White House.

5. Dogs have the ability to breathe in and out simultaneously.

6. If you thought yawning is only contagious in humans, think again!

Yawning is also contagious for dogs. If a dog’s owner yawns, the sound from it can trigger the dog to yawn as well. If the sound of the yawn is coming from a person the dog knows, he or she is four times as likely to yawn.

7. In the US, forty-five percent of dogs sleep in their owner’s bed.

When it comes to sleep, Puppies and senior dogs dream more frequently than adult dogs.

9. You’ll notice dogs curling up in a ball when sleeping.

The curling up in a ball sleeping position helps to protect the dog’s organs. This comes from their days in the wild when they were vulnerable to predator attacks.

10. The shape of a dog’s face usually indicates his or her longevity. For example, a long face usually means a longer life.

Dogs can see at night because they have a layer of tissue in the eyes called tapetum lucidum, which allows night vision.

The Border Collies were bred to be herding dogs. They were initially classified as the “Scotch Sheep Dog.” In the Scottish dialect, the word “Collie” is used to describe sheepdogs.

13. The dog breed, Basenji, Africa’s “Barkless Dog” is not technically “barkless.” This dog breed tends to yodel, scream, or whine.

14. When people hear the name Australian Shepherd, they usually think this dog breed is from Australia, but they are actually an American breed.

Labradors were used as fishing dogs. They would help bring in the fishing nets and retrieve fish that had gotten away. Labrador Retrievers are prized as sporting and hunting dogs.

16. All puppies no matter which dog breed is born deaf.

17. We know Dalmatians as having black and white colors, however, they are born completely white and as they get older, the black spots develop.

The reason for this is due to the piebald or extreme piebald gene, which gives the Dalmatians their white coat. Dalmatians with larger dark patches are less likely to be deaf.

20. If you thought that dogs kick backward to cover up their urine after they pee, think again.

With scent glands in their feet, they kick backward to mark their territory.

21. Dogs are not colorblind, they see all colors including yellow and blue.

22. A Bloodhound’s sense of smell is very accurate that it can be used as evidence in court.

23. If you thought a Cheetah is fast, wait till you see a Greyhound run.

Greyhounds are great long-distance runners. They can keep a speed of 35mph for up to 7 hours. Cheetah on the other hand can only keep its speed for around 200-300 yards. Thus, the Greyhound would actually surpass the Cheetah in a long-distance race.

24. If you see a dog with a blue-blackish tongue, it could be either a Chow Chow or Shar-Pei.

The third eyelid is called the “haw” or nictitating membrane which is responsible for keeping their eyes protected and lubricated.

Dogs actually do understand the concept of time. They know the difference between an hour and five.

Dogs also display greater affection toward their owners when they’ve been separated for a longer period of time. As the amount of time away increases, the dog’s level of excitement increases as well.

I’ve dog sit for my very best friend before. My best friend had to leave town for one week. When she came back home, her Chihuahua Lily was so excited to see her! Lily would run in a circle around her owner and bark like there’s no tomorrow.

27. A dog’s nose print is like a person’s fingerprint: it’s unique.

Why Are Dogs Noses Wet?

Have you ever wonder why a dog’s nose is always wet? Here are two reasons why:

28. The wetness of a dog’s nose comes from a mixture of saliva and mucus.

This mixture helps them absorb scent chemicals around them. When they lick their nose, it helps them understand what the smell is.

The pads of their feet also helps them maintain a safe internal temperature. The moisture of the nose helps them evaporate heat and keep their body cool. Now, isn’t that interesting?

Why Are Dogs Important to Humans?

Dogs are important to humans for a number of reasons. Undoubtedly, they bring joy to our lives and do more than just keeping us company.

30. When petting a dog, both the human and the dog’s blood pressure goes down.

31. Petting your dog and gazing into his or her eyes releases oxytocin for both you and your dog.

32. Dogs can be trained to detect cancer and other human diseases.

In many countries, Labrador Retrievers are trained as therapy dogs. They aid people who are blind or who has autism. Many people in the law enforcement train Labs to perform screening and detection work.

Labrador Retrievers are obedient, loyalty, and have a playful composure. For this reason, many trainers and dog owners prefer Labs.

Speaking of seeing-eye dogs, Labs can do their “business” on command. The popular commands for this would be “go time” or “get busy.”

Your Dog’s Sense Of Smell

You probably already know how powerful your dog’s sense of smell is. As soon as you’re mixing that batter to start baking or preparing food, they already know. The next thing you know they are sitting at your feet in the kitchen begging for food.

How powerful is your dog’s sense of smell? We’ll find out below.

35. Dogs can smell their owner’s feelings.

Yes, you read that right. If their human owner is feeling fearful and perspires, dogs can easily pick up on this change.

Dogs can smell separately with each nostril. Similar to our human eyes that are capable of compiling two slightly different views of what we see with our brain combining them to form a 3D picture, a dog’s brain uses the different odor profiles from each nostril to help determine where objects are located.

These are just some of the many facts that makes our dogs so special. As you can see, there are many benefits to having pet dogs. If there’s an interesting dog fact that didn’t make it to our list, please let us know! 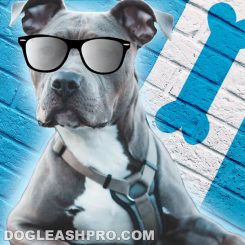 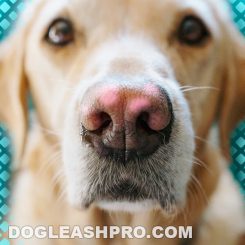 Pink Spot On Dog’s Nose: What Does It Mean? 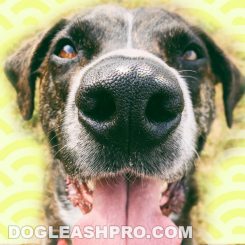 White Spot On Dog’s Nose: What Does It Mean?